The metaverse crew coordinape epoch for June is dodne and the final numbers look satisfactory with everyone. We want to stack ROBOT since we’re super excited about what and how we have been building stuff. Plus it keeps things simple.

M3factory is a multisig with jin (M3) / metadreamer (MetaFactory) and ahad (Webaverse). We work in lockstep with MetaFactory on implementing our digital strategies with key partners for purpose of providing as much useful info and feedback on scaling DAOs.

This treasury has <1 ETH in it currently and 0 ROBOT. We want to supplement with additional tokens in order to retain momentum, keep M3 x MetaFactory aligned for the long term, and prevent long compensation gaps in between proposals.

To honor the contribution into the multisig that we share with Webaverse, M3 would like to gift epic NFTs (have several in the works) to the MetaFactory DAO.

Design and showcase premium MF wearables in the best light in terms of quality, interoperability, and ethos of building the open metaverse with our key digital partners. Now with CloneX 3D files + full commercial rights we have a hot opportunity.

Compress the hard work we did last 2 months for MetaPhysical event into a 5-10 minute behind the scenes video to better tell the story of what MetaFactory is / does. This is perhaps better than releasing a blog post.

It’s a lot of ROBOT being requested. Perhaps people have a difference of opinion whether we should work on the MetaPhysical behind the scenes video or focus on MCON or other types of virtual production such as VR shorts / music videos.

def support this, but could you reformat it to follow the proposal template here, just so we make it easy for people to assess it in a standardized way: Governance Proposal Template - #4

I removed this part from proposal, will paste here incase anyone interested

Quick recap on the past few months

MF VR Crew Production Proposal Overview One season of content in the form of a virtual production show. We want to film 12 (1 hour) episodes inside Unreal Engine with a core crew of 5 over 3 months. The crew will consist of: Producer, Programmer, Host, Documentation Support / Production Management, and MetaFactory Product Logistics and Production Support. We may need additional support (2 more 3d modelers or builders to help with avatars and sets as independant contractors). This is a public v…

3D Storefront This website basically acts like a 3D linktree / frontend to active drops and upcoming events (posters). During this 1 month design sprint we accomplished a working MVP that can be deployed to 3d.metafactory.ai or any other domain of our choosing in the future. [3857df242f006b15562fe75be823c058] We sourced links and icons from the metafactory linktree to display as like a shortcut launch dock. [image] Watch on Youtube: Metafactory 3D storefront WIP - YouTube Storefront futu…

Community call notes from past 6 months all gathered here till this point where the weekly updates were posted under (the NFTNYC popup event) since it was the main focus for everyone.

We make VR studios and content, host virtual events, build 3D websites, and more. Our crew is currently building up to a physical NFT.NYC event by digitizing our catalogue of merch into avatar wearables and doing fashion shoots across virtual worlds.

Studio Updates TV tower and wall moved to entrance of the world, animated cameras positioned there as well [image] Storage room before entering main floorplan. Hidden by default, can spawn all items by shift+\ [image] Here’s how the fully UV wrapped video screens look in the world. We can spawn cube pedestals by hitting the b button. Nothing is placed on them at the moment. [image] If we wanted to import / model more rental equipment the link is here. We didn’t have time this sprint si…

The avatar builder and tooling around that is gonna be a key piece of the puzzle (e.g. imagine we make it support attaching MF wearables to CloneX avatars all in the browser without Blender. Bake it as a VRM and save that avatar to your Ceramic / Lens / ENS profile, so Webaverse or CV could automatically look up your avatar and render it even if you never used that platform before.

If we can bring on UE devs / experts to help create high production value content that bleeds digital world with physical one, it would be huge for us and a good investment to make for the future. e.g. we can setup NDI workflows in Unreal Engine and bridge to cameras in the physical content studio in NYC space, even using remote controlled PTZ cameras for virtual production.

Last week we did a retro and coordinape circle, here’s the breakdown of it all:

This epoch gave us the space for deep work and vision planning. I need to bulk download the wearables assets from MF OS to onboard some peeps. Made a bunch of avatars this last month and recruited some help for things:

I reached out to 7OROY for help, he is a M3 member that has been super helpful with avatars + wearables, has made content across many different platforms and has a unique style

Made a dev log covering all the cool stuff we’re working on with MetaRick / Uncanny Alley: Uncanny Alley - HackMD

Created VRM + VRChat avatar version of M70 anti-surveillance outfit, got a buncha video clips walking with it throughout worlds and delivered screenshots during MCON2. 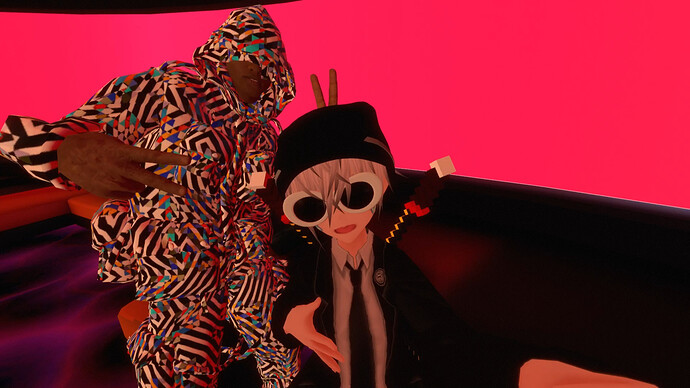 ALTERED EVIL has been initiated into M3 last month. We went on a field trip through Vket Summer and he edited the content into an awesome video: VIRTUAL MARKETPLACES [VRC] - YouTube

We finally have someone who enjoys video editing virtual world content!

I’ve also been very active in metaverse interop working groups like OMI / MSF to give input on developing open standards.

Boomboxhead has been working on developing boom-tools with the goal to get it ready for VRM avatar, and loot drops.

All the notes from 9/13 → 11/16 that were posted on MF Notes as one image, ready to paste into a virtual meeting / pinned in one of our virtual operations centers. 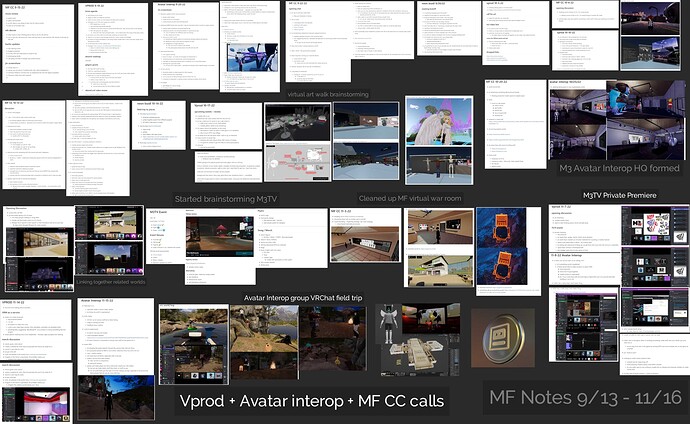 Link to our current virtual operation center for planning / brainstorming: 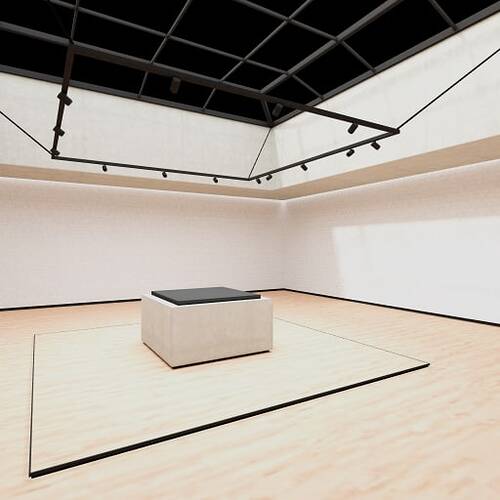 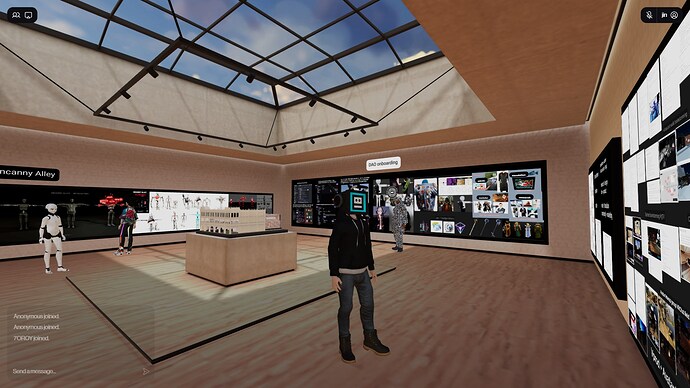 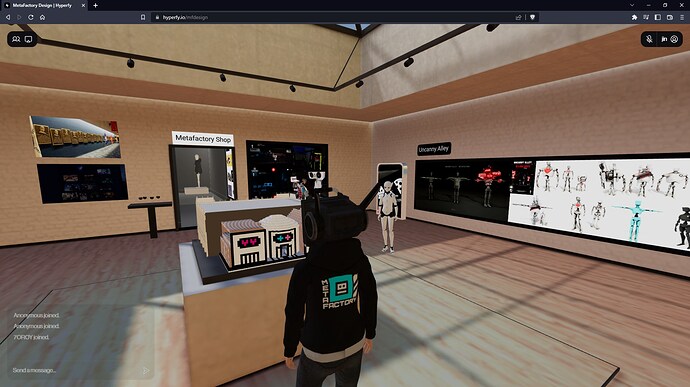 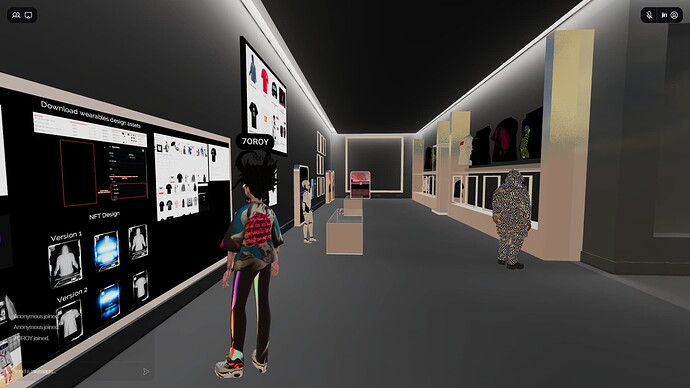 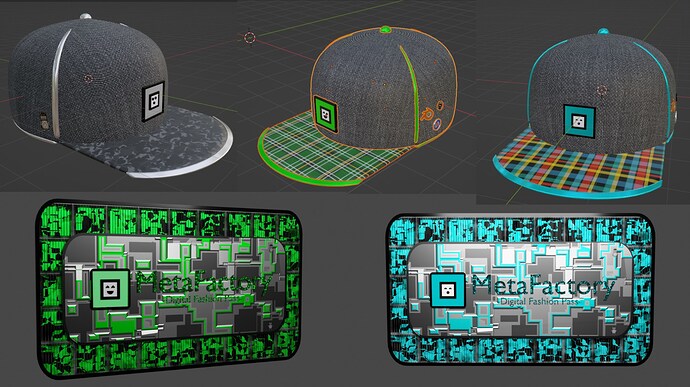 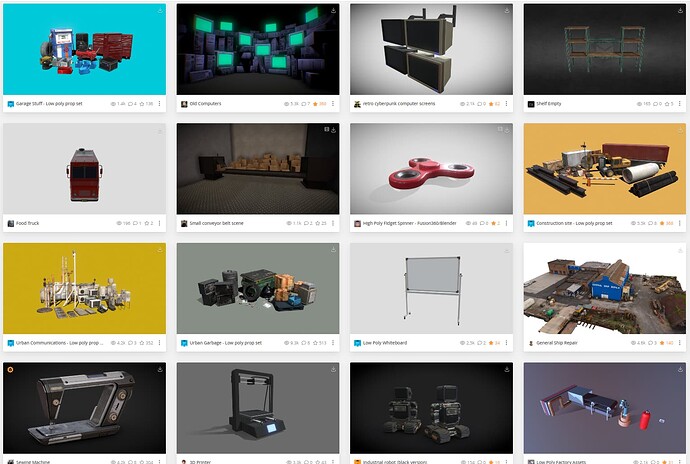 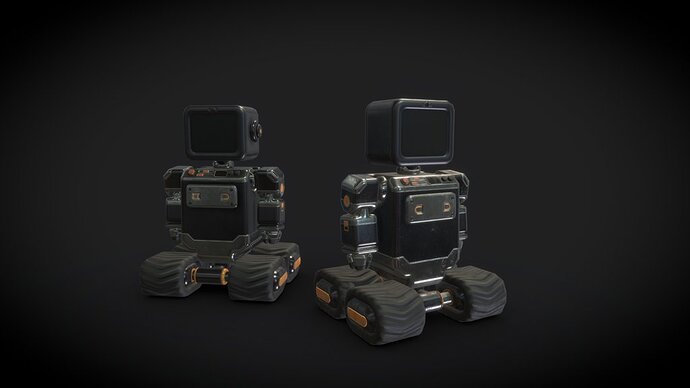