Create new GEAR/ETH liquidity pool on SushiSwap and seed it with $25k GEAR from treasury + $25k of ETH bought with DAI from Wells Fargo business loan ($50k of liquidity in total).

Quick recap of what GEAR is for newbs: GEAR is a liquidity pool token on Balancer that currently represents 70% ROBOT and 30% ETH. When you deposit ROBOT and/or ETH into the pool you get back the GEAR token representing your shares in the pool just like Uniswap LP tokens. GEAR holders dont have DAO voting rights yet because of the Balancer subgraph doesn’t support smart pools but GEAR is probably going to be the only token for playing the Curation Game

Why sushiswap > uniswap? Because they’re the homies and their Onsen menu will provide liquidity incentives for GEAR/ETH pool.
Why GEAR/ETH instead of another ROBOT/ETH pool? Right now the DAO has powerful levers for influencing ROBOT economy by controlling parameters like the swap fee onfor trading against the GEAR pool. By creating a separate ROBOT/ETH pool outside of GEAR we would be losing a lot of power to control our community economy with mostly negative benefits to our community (higher impermanent loss, lower LP fees). ~20% of all ROBOT in circulation is sitting in GEAR unincentivized with almost none on uniswap or sushiswap so it’s safe to say we like it how it is.

GEAR is currently on Balancer v1 and we would like to migrate liquidity to the v2 that just launched but they don’t have smart pools yet. If we do create a GEARv1/ETH liquidity pool we will have to remove that liquidity, migrate GEARv1 to GEARv2, then create a new GEARv2/ETH liquidity pool. 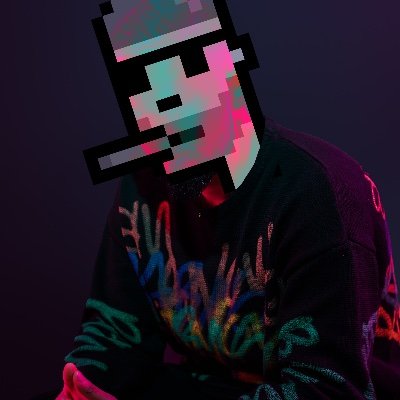 A big issue in DAOs is capital inefficiency and treasury management. The tokens are sitting idle and the coordination effort to figure out when/how to rebalance the treasury is monumental. DAO managing a @BalancerLabs V2 Smart Pool as its treasury = capital efficient coops ⬇️

P.S. If it’s too much work for the multisig to create GEAR/ETH pool + add liquidity I can create the pool first and then MF adds liquidity

Since we don’t really know what the effects of having GEAR liquidity will have on the market we’re going to reframe this as an experiment. First we will run this experiment with GEAR/ETH run it again with ROBOT/ETH and compare the results of distribution and volume.

Comparison of token distribution of similarish new/small DAOs (feel free to propose others to look at):

As you can see we have comparable liquidity but much lower distribution to other alt DAOs. This could very well be because of the high swap fees and higher slippage which we’ve intentionally placed but it could also be that we are the only token not listed on a a tier 1 DEX on their home chain (Honeyswap is the best on xDAI afaik).

Obviously we want to keep the vibe and all these new token holders might not be about the MetaFactory life. While this isn’t quantifiable for the experiment we probably want to factor in dopeness of new DAO members when evaluating results of this experiments.

By making wider distribution of GEAR the goal we are saying we want the DAO to sell off GEAR and accumulate ETH. We can use this to calculate the Customer Acquisition Cost which would be CAC = Impermanent Loss on GEAR + gas fees / # of new GEAR holders - 1 (exclude SLP). We could get fancy and incorporate the price increase of ROBOT and treasury balance over the course of experiment into CAC calculation to see if this is profitable move for the MetaFactory as well.

Goal: Increase total ROBOT holders by 50% over the course of the experiment
(GEAR holders are included in the total since they implicitly hold ROBOT)

Since GEAR is mostly denominated in ROBOT there is an arbitrage opportunity between GEAR NAV and the price on Sushiswap. If the Primary Hypothesis is correct there should be higher prices for GEAR or ROBOT on Sushiswap that will need to get arbed providing swap fees to GEAR LPs. Current daily volume on GEAR is ~$75k and we need $300k on the GEAR/ETH pool to get it listed on Onsen so we need a 300% more volume on the new GEAR/ETH pool than we have on GEAR today.

Goal: Average daily volume for last 7 days of experiment is 60% higher than 1 month before the experiment.