Our notes can also be valuable feedback to open metaverse working groups like the M3 avatar interop group and OMI group while making content about building the open metaverse.

Browser based virtual world utilizing Mixamo avatar rigs and animation systems. Playcanvas graphics can look as good as Unity and Unreal when quality time is spent on the art.

SM SithLord is the lead on this initiative and will build upon the avatar interop demo we made together to create interactive 3D sites showcasing avatars + MF wearables in interesting spaces.

Predict it will take ~16k

Some updates and visuals because we never stop building 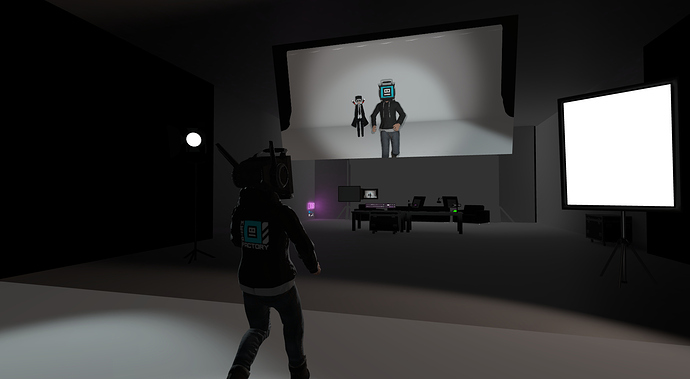 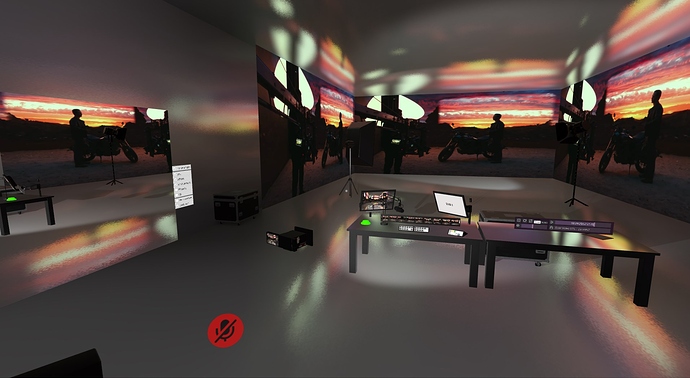 Here is a video overview of virtual production filmmaking tech happening in the world of atoms: https://www.youtube.com/watch?v=Hjb-AqMD-a4&t=125s 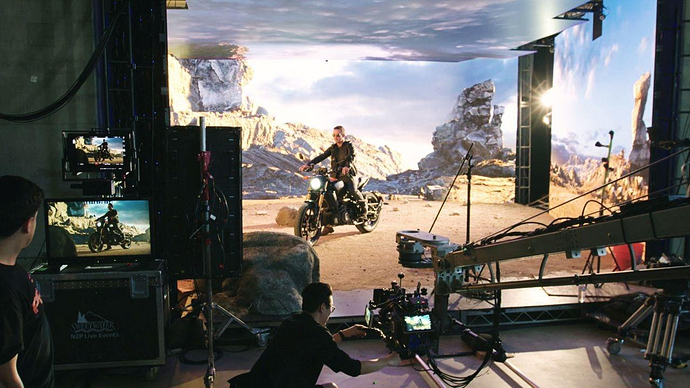 This virtual virtual production that we’re building can pipe into other game engines and platforms with the ability to capture performances using shadermotion / udonmotion. Motion data from a player gets encoded in colors on a shader that you see on the side in the below screenshot 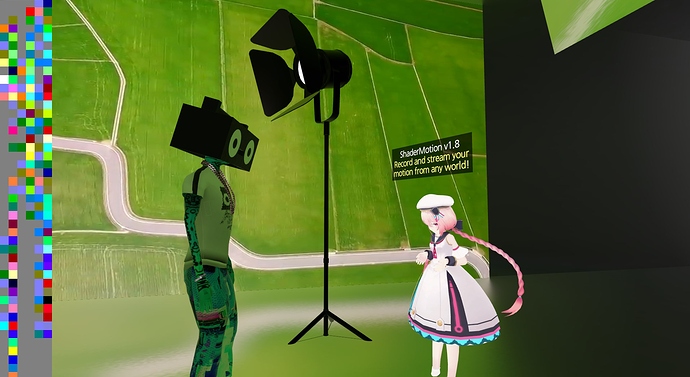 Being able to capture performances is a pillar of virtual production and will be a force multiplier in all of our projects. We’ll be able to do shoots in real-time in VRChat and then import to web, unity, and unreal engines with the ability to edit lights, avatars, camera angles, etc.

Currently a WIP, although much of the ground work has been done to establish the pipeline for every MF wearable to work on different avatar base meshes. Some of this work was tested while working on Swaps with Coldie: 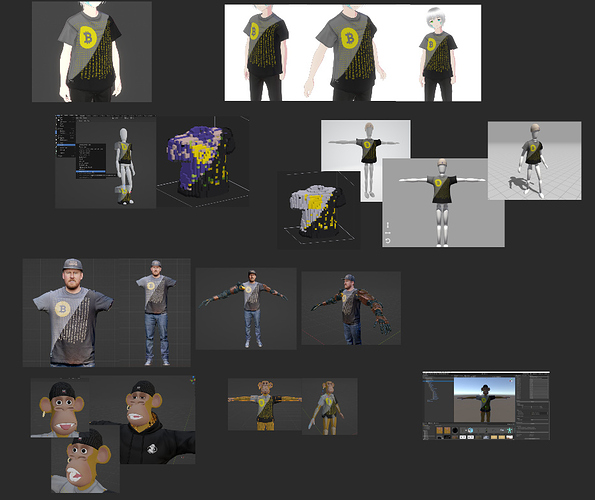 Sith has began working on the project, creating a template for what can best be described as a 3D linktree. Here’s a preview:

We can build a web based 3D storefront for Metafactory goods using the assets Boomboxhead was assembling into Unreal engine: 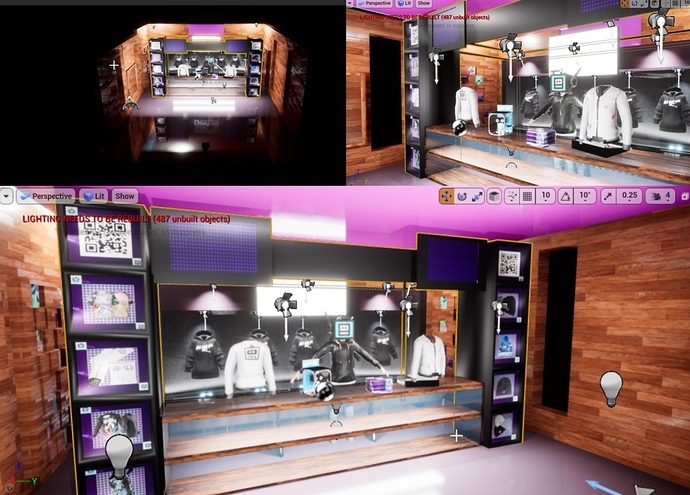 @milfdad be great to sync with Jin and Boombox on this when it comes to the website redesign.

We’re looking into adjusting the studio to fit dimensions of the physical venue planned for a NFT.NYC event. 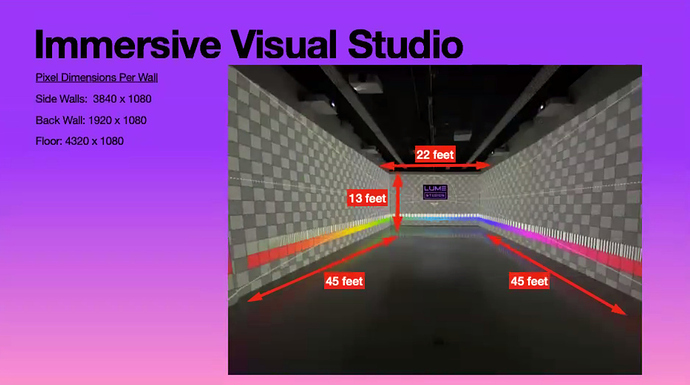 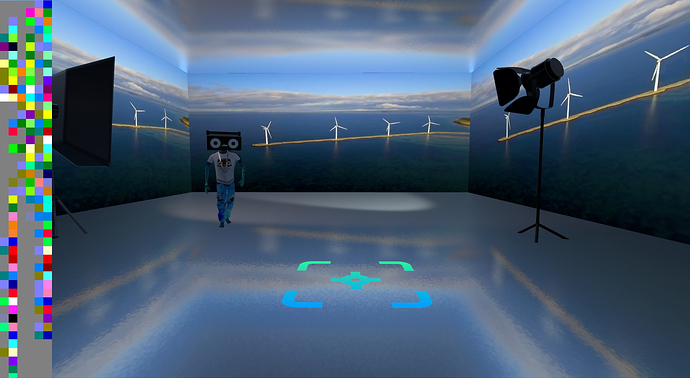 3D storefront assets have been gathered, will have progress shots ready to share by next week.

There’s a version of the world being made to fit the dimensions of the real venue. Need to make roof less reflective and start shooting some content in there. 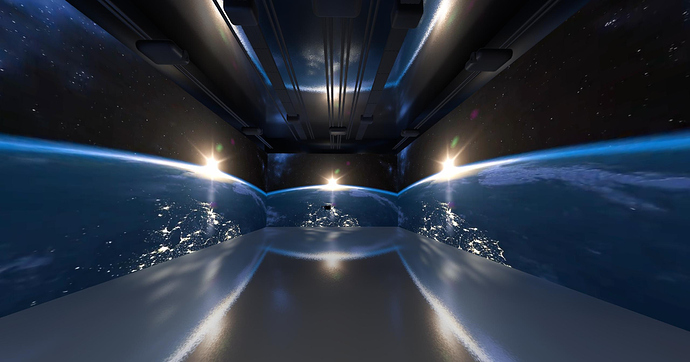 Content goal: Video documentation on what we’ve built so far and what we wanna do next with handheld shots + animated camera shots in VRChat. Cut with shots from Google Earth studio + inside the physical lumestudio. 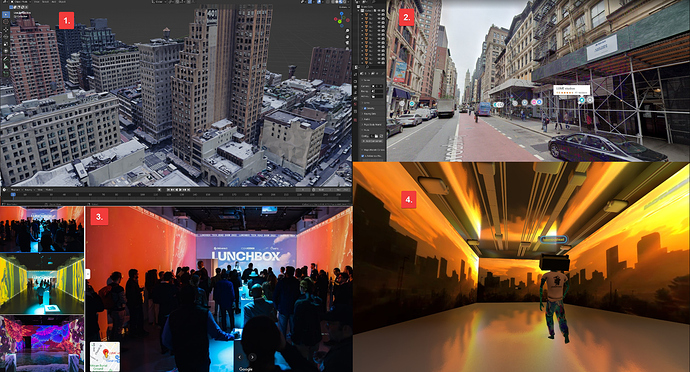 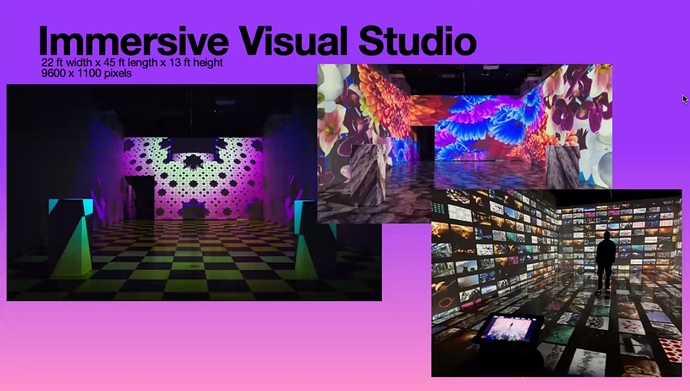 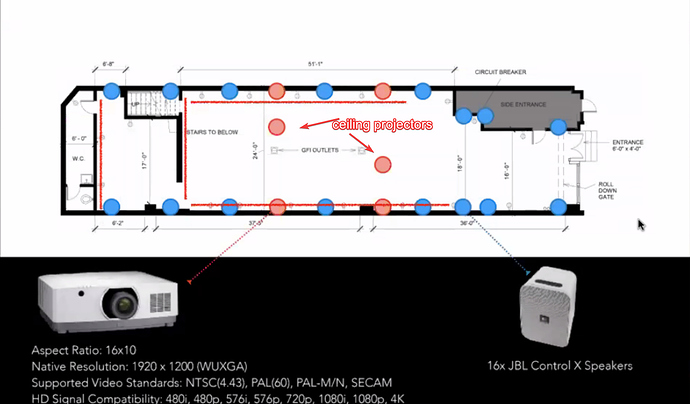 Figure out UV mapping for video screens. Could mirror video for now. 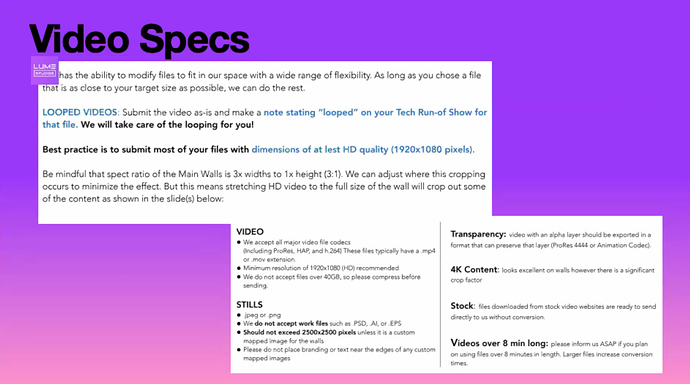 This 3D storefront concept comes from one of boomboxheads unreal engine project experiments and is a much better layout for a merch shop than the Zelda ones shared previously. SM SithLord has all the assets and is going to start working on it today. 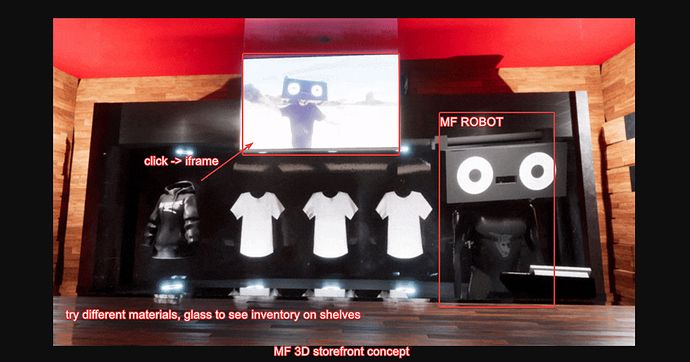 Imagine if we could replace the NPC with a transparent green screen livestream! It could integrate with chat to talk to many, like Twitch.

Cross-posted some updates to the NFT.NYC thread on how we recreated the physical venue in VRC and will begin populating it with pickupable digital versions of props / furniture to try different arrangements of the space. See post:

Hi folks, VR crew has recreated Lume studios in VRchat according to the dimensions from the floor plan. Positions of the projectors should match as well. Planning to do a cool intro sequence into it like this to showcase it: [PureRef_EY4HNH0CsC] [VRChat_p5y6BuU61R] Going to add a storage room with a bunch of pickupable items so that we can arrange / rearrange the space live in the virtual. [VRChat_e6AEBhYEp8] perhaps we can host an event there next week or stream it on the next vprod cal… 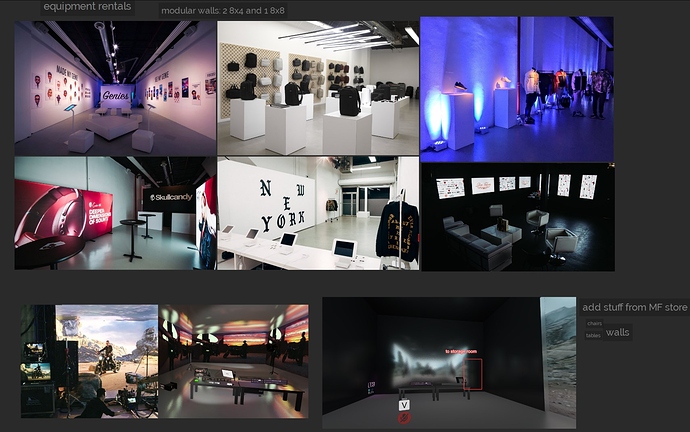 We set some content goal to document the studio so far since we need more time to create wearables + avatars for proper fashion shoots. Epic documented their studio heavily to promote virtual production, we must do the same for virtual virtual production. 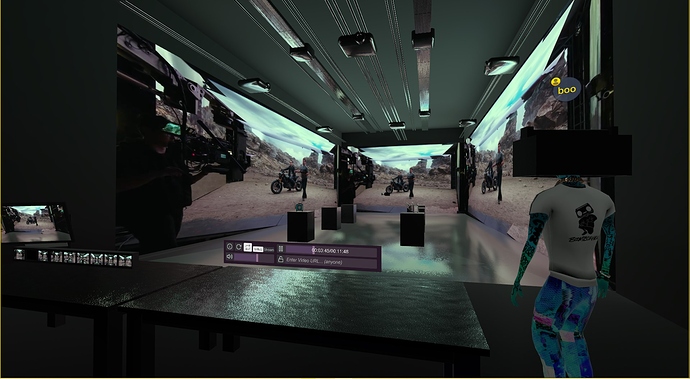 We’re planning a mixer event this Friday afternoon to give the studio a proper test run for testing event flows. There will be digital wine and cheese and a DJ.

Here’s how the 3D storefront site looks like btw, I might spin up a separate thread for it later. 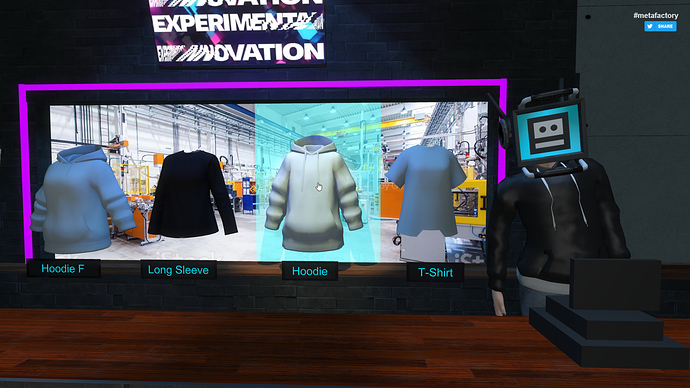 Inspired by robot heads peeps were wearing at ETHdenver 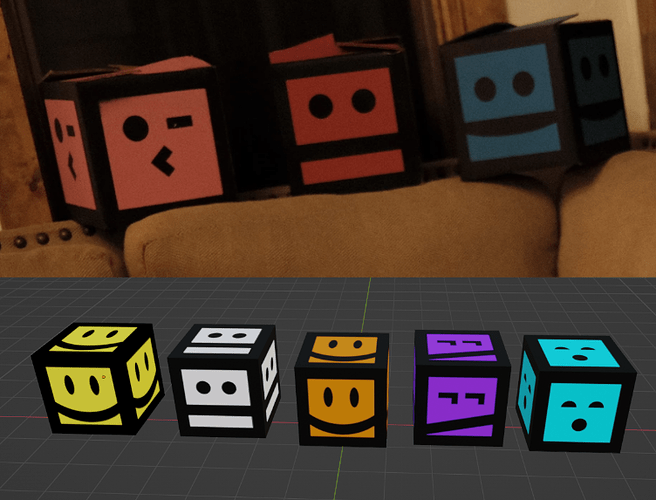 They can be a wearable added to any avatar. 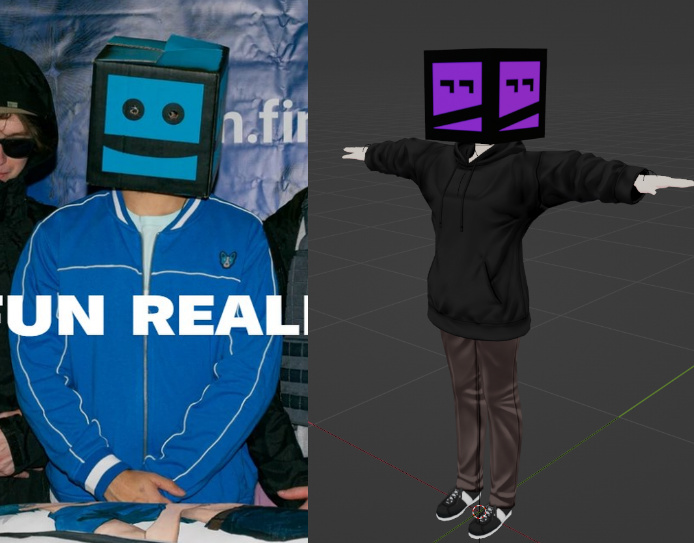 Coldies arms went missing, thankfully we had the technology to repair him. Cybernetic parts can be a cool way to add metafactory robot flair to any avatar. 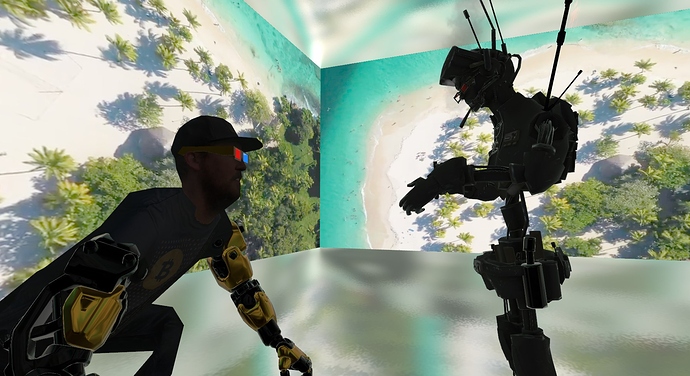 Here’s an arm I found on booth, I bookmarked like a ton and metaverse crew is making dank robot avatars that we can kitbash. 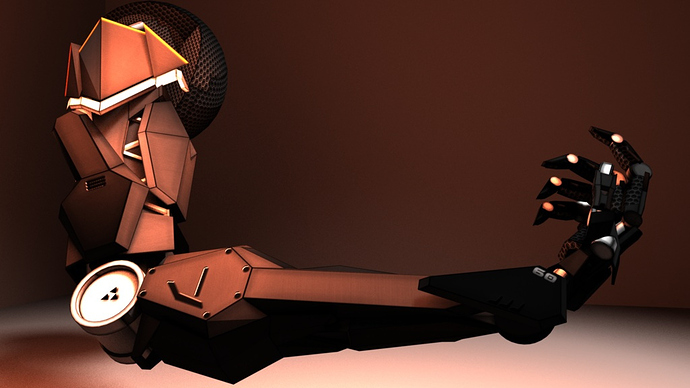